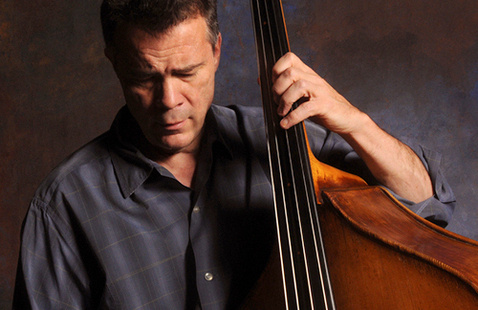 Presented by the Gogue Performing Arts Center at Auburn University

In demand as both a performer and composer, Edgar Meyer has formed a role in the music world unlike any other. Hailed by The New Yorker as “the most remarkable virtuoso in the relatively unchronicled history of his instrument,” Meyer’s unparalleled technique and musicianship in combination with his gift for composition have brought him to the fore. His uniqueness in the field was recognized by a MacArthur Award in 2002.

As a solo classical bassist, Meyer can be heard on a concerto album with the St. Paul Chamber Orchestra conducted by Hugh Wolff featuring Bottesini and Meyer concertos both alone and with Yo-Yo Ma and Joshua Bell. He has also recorded an album featuring three of Bach’s Unaccompanied Cello Suites. Meyer was honored with his fifth Grammy Award in 2015 for Best Contemporary Instrumental Album for his Bass & Mandolin collaboration with Chris Thile.